Kusama: the bold explorer of Web 3.0

Kusama is the canary network of Polkadot, developed in parallel by the same founders of DOT.

Here is what “canary network” means and the differences between the two projects.

Kusama was created in 2016 by the creators of Polkadot, namely Gavin Wood, Peter Czaban and Robert Habermeier. It was therefore developed in the ecosystem of the Web3 Foundation and thanks to the technology of Parity Technologies, of which Wood is a key member and founder. In addition, Gavin Wood has developed Substrate, a development model used to create parachains, both on Polkadot and Kusama.

The protocol stems from the need to create a plan B for projects that cannot yet afford to be hosted on Polkadot. Becoming a Polkadot parachain is in fact highly competitive, expensive and requires a complete and flawless product. For a project that has just entered the market, which does not yet have the means to scale and very limited audience, Polkadot is not convenient and too risky.

On top of that, decentralised applications need special security and smart contract effectiveness tests, which can only be 100% verified once the whole application is released to the public or through the best benevolent hackers (white hat hackers).

This is how Kusama was born, somewhere between a testnet and a mainnet, which are respectively the network for testing protocols and the network where protocols are actually launched to be used by anyone. If Pokadot’s generic testnet is Westend, the one for parachains is Rococo, and the mainnet is Polkadot itself, Kusama is the first test mainnet.

Kusama was designed specifically to serve as a testing ground, to experiment and receive feedback from the community based on facts and not simulations. It is from this function that its distinctive features derive.

Kusama embodies the explorer sent by Polkadot into the uncharted territories of technology. The epithet canary network refers precisely to this concept.

In fact, canaries were used by miners to check that there were no harmful gases in an area of the mine before they went there themselves.

The “whitepaper”, consisting of only two sentences, is emblematic:

Kusama owes its name to the contemporary Japanese artist Yayoi Kusama, who uses polkadots in most of her works.

Let’s start with what the two networks have in common.

Kusama’s codebase is the same as Polkadot’s, and they have the same relay chain and parachain structure.

What are Parachain auctions?

Parachains are Layer 1 blockchains supported by a Layer 0 blockchain, the Polkadot/Kusama relay chain.
The layer 0 allows for interoperability, security and access to a liquid ecosystem full of technological resources.

In order to become a parachain and be hosted on Polkadot/Kusama, a project must participate in an auction, or fall back on parathreads, a pay-as-you-go solution.

Once a project has won the auction and obtained the slot, it must bond DOT/KSM to launch a parachain. Bonding is similar to staking, but with longer lock times and has no connection with transaction validation, it’s just a commitment to the network.

Auctions to get a parachain slot on Kusama, due to its nature, are much more frequent.

Consensus mechanism: what is NPoS?

Since the codebase also dictates the on-chain governance and updates and consensus mechanism, these aspects also coincide. The mechanism is Nominated Proof-of-Stake, a variant of Proof-of-Stake.

The NPoS is the work of two main figures:

Validators get a reward that does not depend on the number of tokens they are staking, but only on their validation activity.

The difference with the classic PoS is that the validators do not get the right to validate transactions based on the amount of tokens that they stake, but thanks to their election by the Nominators.

The differences between Kusama and Polkadot

Infrastructure – The most important and structural difference is that they are two separate blockchains and networks, each with its own token (DOT and KSM).

Governance – Elements such as the governance and voting model cannot really be tested in a testnet where there are no monetary consequences to the outcome. Therefore, Kusama’s code has been adapted to allow for faster protocol updates while providing real incentives to the community. Compared to Polkadot, therefore, the governance process is faster, from proposals to voting and implementation of protocol changes.

This also means that those who hold KSM and participate in community decisions need to stay up to date on discussions and have less time to decide and vote on each proposal.

Polkadot, on the other hand, offers more stability to its stakeholders, requiring longer governance times and a more selective and rigid process: each decision aims for the long term.

Accessibility – Kusama has a lower barrier to entry for parachains, as the amount of KSM to be bonded is lower, provided the price of KSM remains proportional to that of DOT. Kusama validators also have lower requirements and penalties.

In addition, those who want to be validators on both Kusama and Polkadot can use the same configuration and infrastructure for both networks.

Technology – on Kusama we can find all the latest ideas and solutions of blockchain and crypto technologies. Whether they work on the open market or not, they provide a perspective on the current direction of the industry and inspiration to those looking for the next project to develop.

Applications – Kusama is designed for decentralised projects in the early startup or experimental stage, or apps that do not require a banking level of fund security. Polkadot, on the other hand, is also suitable for DeFi applications that require it, for businesses that are already established and have a good market valuation.

The presence of a token that can actually be exchanged on the market is one of the characteristics that distinguishes Kusama from a testnet, where generally the transactions carried out have no influence on the open market, the economy within the ecosystem, or the incentive system that allows decentralisation and security of the protocol.

The use cases of KSM are similar to those of DOT.

In 2021, auctions began for both Polkadot’s and Kusama’s parachains.

There is one that both blockchains have in common: Acala, an application that offers various DeFi services. It was one of the first parachains to be activated on Polkadot on 18 December 2021. The Acala Foundation has launched its own alter-ego on Kusama, Karura, with which it experiments with DeFi’s most daring functionalities. Moonbeam did the same with Moonriver.

The next step for the ecosystem is the launch of parathreads and a bridge connecting the two blockchains to optimise interoperability. 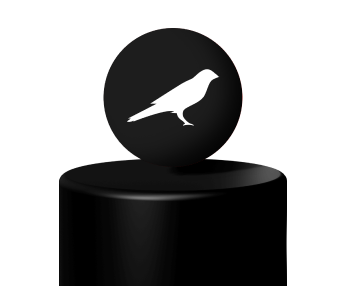 Gala Games: power to the players

What is the Gala crypto? The main incentive token in the Gala Games blockchain gaming ecosystem.

What is fiat currency?