February 9, 2022
8 min
Intermediate
You will learn

Algorand is a scalable and environmentally friendly blockchain. It enables the development of smart contracts and dapps for decentralised finance, but not only. The protocol promises to solve the trilemma of scalability with a number of native technologies.

The currency on which the network is based is ALGO, which allows staking rewards.

Founded by Turing Award winner and MIT professor Silvio Micali, Algorand is a project run by Algorand Inc and the Algorand Foundation.

The company developed Algorand’s Layer 1 and is responsible for its open-source maintenance and implementation, as well as promoting the adoption of blockchain among companies.

The Foundation’s role, on the other hand, is to assist the launch of the platform from the perspective of protocol development and governance.

The organisation promotes the innovation of the network, but above all its decentralisation.

In this sense, the first significant update to the governance towards greater decentralisation was activated on 1 October 2021.

ALGO owners must become “Governors”, lock their ALGOs for 90 days and vote on all quarterly decisions in order to receive a good percentage of staking rewards.

In this system, if you participate long and continuously you are rewarded with automatic access to the future DAO.

In addition to that, following an approved proposal of February 2022, xGovs, i.e. Expert Governors, were introduced, who have the power to launch proposals for updates. For this they will be required to lock their tokens for a year or more.

The VRF (Verifiable Random Function) cryptographic function co-created by Silvio Micali is at the heart of this mechanism. It is capable of generating numbers that appear random but contain verifiable information. But let’s start from the beginning.

Validation on Algorand works as a sort of multi-round lottery.

Participants are selected at random, and all you need to participate is 1 ALGO. Each ALGO is a kind of ticket, so the more you have, the more chances you have to “win”.

The validators or voters chosen are transmitted to the network in a secret way thanks to the VRF, so that they remain anonymous, but can certify their right to participate.

Here is the process in detail:

The benefits of Pure Proof-of-Stake

Algorand says that the strength and security of the network lie in the fact that it relies on the honesty of the majority of ALGO holders, not just the honesty of a small number of validators or miners as is the case with most blockchains.

The secrecy of selection also prevents possible adversaries from bribing the validator node, because they do not know who it is.

Last but not least, compared to Proof-of-Work, it consumes much less energy.

It is not enough to say that generally, Proof-of-Stake consumes less than Proof-of-Work, because each blockchain has different consumption depending on volumes and specific mechanisms.

Let’s throw in a few more figures. If we consider that Bitcoin requires 930 kWh per transaction and Ethereum 70 kWh, Algorand proudly sports a 0.000008 kWh.

However, this is not enough. In fact, Algorand has partnered with ClimateTrade to achieve neutrality through CO2 offset credits.

This is not just a business transaction by Algorand – together the two companies will implement a true emissions monitoring and carbon neutrality system.

A dedicated oracle will measure the carbon footprint of the blockchain periodically. Algorand’s smart contracts will receive the information and lock up the equivalent of the necessary offset credits into ASA tokens, which will go into a dedicated treasury.

In general, Algorand is making it a mission to go green and continues to seek partnerships with green entities and companies.

PPoS is not the only technological value Algorand has to offer. The architecture of its blockchain is quite unique.

The blockchain basically consists of a Layer 1 and a Layer 2.

L1 is responsible for executing:

L2, on the other hand, processes more complex or computation- and data-heavy smart contracts by verifying their transactions off-chain. This involves a committee of nodes parallel to the blockchain verifying the transactions and passing them on to the consensus mechanism which only has to record them.

ALGO has several use cases in the Algorand ecosystem. As explained in the dedicated section, it is fundamental to the new governance set-up, which incentivises staking ALGO in the governance protocol in exchange for percentage rewards. It is still possible to stake without participating in governance, however, the percentage APY is very small.

Besides that, ALGO is used to pay network fees and of course in the Dapps developed thanks to Algorand.

ALGO was launched with several sales rounds, and with 45% of the supply dedicated to the community. New tokens are expected to be released incrementally over the years, increasingly dedicated to airdrops and the most important nodes in the network.

The Algorand protocol allows the creation of tokens that benefit from the same security, compatibility and speed as Algorand. The official name of these tokens is Algorand Standard Assets (ASA).

ASAs can represent any type of token, from stablecoins to a point system within games, for example. Potentially this also applies to unique assets such as deeds, collectibles or security tokens. Any type of asset can be tokenised to be registered on the blockchain. It is also possible to place conditions on the transfer or sale of a token to support security use cases, compliance with different legislations and certifications.

The Algorand protocol allows for atomic transfers. This means that two parties can exchange different tokens at the same time without the need for intermediaries to guarantee the fulfilment of one and the other.

How? The word “atomic”, which means “indivisible“, answers that. The transactions involved in the exchange are not divisible by definition: for the AT to be successful, both must be approved, otherwise, both will be cancelled.

This ensures that both users pay their share at the same time. If, instead, simple transactions were used, one user would pay the other, without being sure of receiving back what is owed or when.

Other blockchains require specially developed smart contracts to achieve this, which is more expensive and slower. On Algorand, however, ATs can themselves be part of smart contracts, simplifying them, and are applicable to any ASA tokens.

DeFi on Algorand is newer than other blockchains, yet we have learned from Cardano how speed of release is not critical for the best results.

Some examples of Algorand-based apps are:

Algorand is involved in more than 16 CBDC-related projects, thanks to its flexible tokenisation protocol, and more than 600 companies use its blockchain. 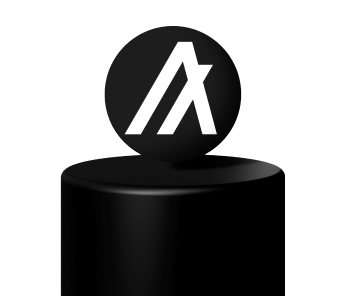