The Sandbox: Create Your On-Chain Videogame

The Sandbox is a blockchain-based videogame platform that allows people to create experiences and in-game environments in a completely decentralised way. The cryptocurrency at the heart of this metaverse is SAND.

Cryptocurrencies have always been closely linked to the gaming world. Just think that the concept of virtual currency is the norm for gamers. In most videogames, you ‘earn’ tokens and currencies that can be spent on activities, accessories and prizes.

From Monopoly banknotes to Super Mario coins, to videogames with a complex and realistic economy like EVE Online. In this context, objects also acquire their own value, especially in relation to their rarity.

The world of gaming collectibles is larger than you can imagine and hides problems that only the crypto world can solve. Often, for instance, the rare items mentioned above are resold between users outside the game and in ‘grey markets‘, i.e. in markets that are borderline-legal. The developers of these items, however, receive nothing from this second trade, which is often carried out at inflated prices.

On the other hand, even when items are sold or resold regularly on the marketplaces of the gaming platforms, the latter always receive a percentage of the sale and the developers do not necessarily get a share.

What is The Sandbox?

The Sandbox challenges this very concept.

It is a platform where users, even those who are not specialists but who enjoy creating content related to the world of videogames, can earn money by pursuing their passion.

Sandbox is, therefore, both an open-world game and a place to create, sell, use or collect virtual objects. Game assets are everything that characterises the gaming space, such as characters, objects, equipment, etc.

What is a sandbox videogame?

Sandbox is a term that already belongs to the world of videogames. It refers to all those games that offer tools and possibilities to players without imposing a goal to be reached. This is the case with The Sims, an ‘open world’ that leaves room for the player’s creativity in exploring, building and experiencing the virtual environment. Linear gameplay is thus eliminated.

The term ‘Sandbox Videogame’ comes from the name of the piece of playground equipment found in some parks or schools, which is a limited environment where children play and create their own worlds. Popular games that have adopted this formula are SimCity, Second Life and Minecraft, where levels can be explored and completed in total freedom.

It is mainly from the gaming scene that Voxel Art, i.e. art based on cube graphics typical of Minecraft for example, became popular. At the same time, emerged creator/developers who wanted to be recognised or paid fairly for their productions. A kind of copyright on virtual objects, therefore, became necessary.

Voxel art is a type of art form in which 3D models are constructed entirely out of 3D cubes called voxels. Artists are able to create them using software called voxel editor. They can be used for different purposes such as video games, animations or to create pictures that can be shared on Instagram.

The solution of The Sandbox

The Sandbox, as the name suggests, launched in 2012 as the classic Sandbox game. In 2018 it migrated to the Ethereum blockchain, a transformation that solves three main issues of centralised videogames:

It is no longer the parent company of the video game that decides the value of goods on the internal marketplace, but it’s up to the creator of the product and the market itself.

There is no longer a parent company that takes a percentage of the sales on the marketplace, instead the proceeds of the sale go entirely to the content creators.

In order to compensate creators fairly and trace the author of each object, Sandbox has adopted NFTs.

They are virtual tokens created on a blockchain, which ensures their digital ownership and scarcity. They are unique, indivisible and not interchangeable. For example, if I create an animal within a game with unique characteristics, it will be sold in The Sandbox Shop as an NFT.

The Sandbox goes beyond the free-to-play formula and proposes the play-to-earn model. By using The Sandbox and creating on it, you can earn SAND, the cryptocurrency of the Sandbox metaverse, which is:

Buying and storing SAND in your wallet entitles you to a range of services and possibilities:

Within the platform, SAND is used to purchase objects or characters, but above all LAND.

LAND represents a 96x96m square of property (territories or real estate) on The Sandbox world map.

LAND can be purchased on Opensea to build game experiences or environments on it, which other players can then experience first-hand.

Each LAND is an NFT or Non-Fungible Token. Its uniqueness gives it a value comparable to that of a work of art. Its price is dictated by the market.

NFTs are unique tokens on the Ethereum blockchain that have value relative to the context in which they can be traded.

ESTATES are the combination of several LANDs under one owner.

Several ESTATES form a DISTRICT, a part of the Map on which several owners can collaborate to create a game or environment. In this game mode, you can be both owner and creator or just a player.

After they have been customised, LANDs can be sold in the Shop. Keeping your own LANDs instead allows you to participate in the governance of The Sandbox. In other words, it means participating in the decisions of the society, through the structure of the DAO.

Another way to get a return on your LANDs is to organise paid community events on them.

The major LAND owners on The Sandbox map already include the giant Atari and well-known names from the crypto world, such as Maker, CryptoKitties and Metamask. Atari has already purchased several LANDs, on which it will build environments inspired by its videogames, including a large amusement park. It is clear that buying and customising LAND is a great way to gain visibility as a creator.

One of the main sections of The Sandbox is ‘Create’, where you can find two exclusive softwares dedicated to content-creators:

You can create and monetise online games on your own land or rent them to someone else to promote your creation. Designs created in VoxEdit can even be exported to Minecraft.

The future of The Sandbox

On 29 November 2021, the Alpha version of the play-to-earn on the Sandbox will be launched. A selected group of winners will then be able to earn SAND by playing for a few weeks, while everyone will be able to enjoy 3 experiences built in the metaverse. The already active Marketplace beta will therefore be followed by the play-to-earn beta in the near future.

In 2021-23 The Sandbox aims to become the first metaverse capable of interacting with major videogame brands. The partnership with Ultra Games already allows to export experiences and game assets in the Atari, Ubisoft and the AMD metaverse.

As far as governance is concerned, the path towards the formation of a DAO will continue, with the aim of making the game and governance fully decentralised. 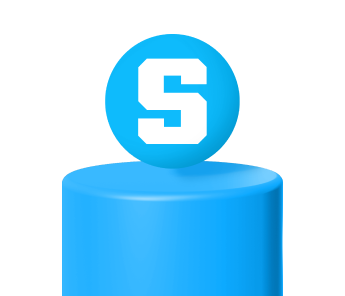