What is a Utility Token?

Cryptocurrencies can be classified into two broad groups: coins, native to a blockchain, and tokens, based on third-party standards (such as ERC-20). Regardless of the market, the intrinsic value of the token depends both on the technology on which it is based and on its particular use in the corresponding ecosystem. While coins generally have a transactional function, tokens have various purposes: utility token, security token, equity token, non-fungible token (NFT), governance token, social token. How to distinguish them and recognise the purpose? Discover 3 examples of utility tokens.

What’s the difference between token and coin?

A cryptocurrency is also called a coin when it is native to the blockchain on which it is based, or, from another perspective, when the same team has developed both the blockchain protocol and the smart contract of its cryptocurrency for the same purpose. For example, Ether is the native coin of Ethereum. A coin usually serves primarily as a digital currency, i.e. it is designed to make payments. Its purpose is similar to that of the traditional concept of money: to represent a unit of account, a store of value and a medium of exchange.

However, limits to scalability, e.g. in Bitcoin, hamper this definition: effective exchangeability is reduced to a few transactions per second (tps), unless third-party solutions such as the Lightning Network are exploited. Forks of BTC, such as Litecoin and Bitcoin Cash, have addressed these barriers, but only in DeFi do we find competitive volumes (in Solana and Avalanche, for instance).

Ethereum‘s blockchain, besides having a native coin (ETH), hosts most of the crypto tokens in circulation: the ERC-20 standard allows the creation of smart contracts regulating the issuance and circulation of tokens.

To simplify, we can divide tokens into two macro-categories: asset tokens and utility tokens.

The second type of tokens, on the other hand, unlocks the use of blockchain solutions: they are called utility tokens, designed to govern DeFi functionalities. A utility token is, in fact, a means to access services in a crypto ecosystem.

It is possible to define 3 main purposes from which utility tokens are derived:

However, the official distinction between utility tokens and security tokens is often a matter of debate: the latter have to comply with strict regulatory requirements that involve lengthy bureaucratic processes, and the violation of which entails heavy penalties, whereas utility tokens do not require any special procedures. This has generated a lot of controversy, especially around ICOs (a method of distributing tokens), and court cases, such as the one involving Ripple and the Securities and Exchange Commission (SEC), the agency that oversees the US stock exchange.

So, to answer the question “What is a utility token?” we can refer to the Howey Test, the criteria applied by the SEC.

How to distinguish a utility token from a security token

A company could issue tokens to distribute, among buyers, certain future privileges linked to applications of blockchain technology. However, if an ICO were accompanied by promises of profit linked to project developments, a utility would turn into a security, at least in the eyes of the authorities. This is because, the SEC defines security as “investment of money in a common enterprise with a reasonable expectation of profits to be derived from the efforts of others”.

This is, in a nutshell, the statement of the Howey test that, by clarifying what a security is, allows us to distinguish utility tokens: the goal of their purchase is access to the ecosystem that the token regulates, not profit. However, increased demand and the development of new connected functionalities could increase the value of utilities, especially if accompanied by deflationary tokenomics.

Finally, one could interpret that “the efforts of others” as the founders’ managerial role in driving the growth of the project and thus profits. The founding team, at least at an early stage, logically governs the project, but the “efforts” essential to develop a utility token are not necessarily aimed at increasing the price. Let us assume, however, that this is the interpretation used by the SEC: entrusting fo instance the management to a Decentralised Autonomous Organisation would in any case not be a solution to circumvent the lengthy bureaucracy related to security, since DAO-related tokens were already classified as security in 2017.

Curiosità. The name “Howey” comes from an emblematic SEC court case: the Howey Company sold plots of citrus groves to buyers in Florida, who then leased the land back to the company. Howey sold the fruits of the land on behalf of the owners, most of whom had no experience in farming but shared in the profits. This led to the definition of “security”.

Regulation, therefore, is not easy, so much so that Jay Clayton, chairman of the SEC until 2020, stated: “I believe every ICO I’ve seen is a security”. Thus, the utility label might be difficult to maintain legally, although technically these tokens only give access to services.

Clayton himself stated in 2018 that Bitcoin, replacing national currencies, is a type of coin and not a security. However, since 2020, the SEC has been battling with Ripple over the definition of XRP as a security token, even though it is a coin in the same league as BTC and ETH and the company has made it clear that their cryptocurrency is not an investment: holders do not participate in any way in the company’s profits, except by buying shares in it.

The final decision will be crucial, and not only for Ripple: all cryptocurrencies, coins and tokens, need clearer laws to foster the adoption of blockchain technology!

How does a utility token work?

The following examples of utility tokens will help you understand the mechanisms:

CHZ is the Chiliz utility token, with which, on the Socios.com platform, you can purchase Fan Tokens, a hybrid of “governance” and “reward” for the sports world. These, in fact, allow you to vote in polls organised by sports clubs, or to participate in unique experiences. For example, the INTER token, the fan token for the series A Italian soccer team, allowed holders to choose which song should appear on players’ shirts during the 21/22 Super Cup final. The CHZ utility token is the key to access these services: born from the Ethereum ERC-20 standard, it is compatible with the BNB Chain by exploiting the extension to the BEP-20 standard.

The Basic Attention Token (BAT), on the other hand, is the utility token embedded in Brave‘s browser to make the Web faster, safer and more private. Not only that, this ERC-20 token has several purposes: to reward users for the adverts they choose to see (Brave Ads), to create a donation system with which to reward content creators, and finally to automatically distribute incentives to web pages, based on viewing time (an optional feature that can be deactivated by users). Furthermore, in the future, BAT will be used to redeem premium content, gift cards and for access to messaging, games and social services.

Finally, GRT is the fuel for The Graph ecosystem: a network of multiple participants who relate, in various ways, with the utility token. The protocol’s mission is the indexing of data in blockchains, immense decentralised archives from which it is complex to extract precise information. Different characters contribute to the mission and are rewarded in GRT: indexers, who by staking GRT index the data; curators, who by depositing GRT, provide the indications to group the information into “subgraphs”; fishermen and arbitrators, “sentinels” who monitor the smooth functioning of the system. Then there are those who delegate their utilities to indexers and those who actually exploit The Graph queries, paying for the service with GRT.

How many use cases do utility tokens have? Potentially infinite: discover those of the YNG token, the basis of the entire Young Platform ecosystem!

Get the most out of Young Platform 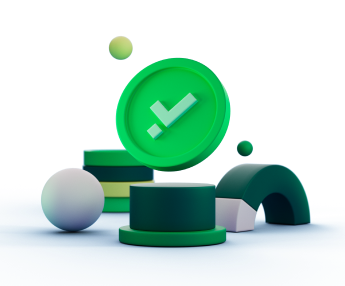 Related
Intermediate
Bitcoin
Bitcoin vs Bitcoin Cash (BCH): was the Hard Fork worth it?
Bitcoin Cash was born from a hard fork of Bitcoin to improve its transactions output. What are the differences between BTC and BCH?
June 27, 2022
10 min
Beginner
Altcoin
Crypto Market
What is the Young Token (YNG), and how does it work?
Young Platform’s community can get easy access to features and benefits: the Young utility token (YNG). Find out what it is, how it works.
June 6, 2022
10 min
Beginner
DeFi
Metaverse
Axie Infinity: the DeFi game between tokenomics and genetics
Learn how Axie Infinity and AXS works: the blockchain-based video game to earn crypto with NFT and DeFi features.
May 4, 2022
13 min
Products
Young Platform
Young Platform Pro
Young Platform Step
Young Platform Academy
Token
new
Learn
Getting Started
Glossary
Buy Bitcoin
Buy Ethereum
Buy Tether
Buy Dogecoin
Company
Work with us
What people say about us
Why Young Platform
Our products
Legal e Privacy
Support
Support
Commission and Prices
FAQ Tax
FAQ Sale and Purchase Agreement
FAQ Commissions
FAQ Earning Wallet