Yearn Finance: get the most out of Yield Farming

Yearn Finance is a decentralised finance project that fits into the micro-sector of decentralised lending. Its protocol not only allows cryptocurrencies to be lent in exchange for a reward, but aims to optimise the earnings from all kinds of yield farming tools and provides accessory services to this activity.

YFI is the cryptocurrency that enables participation in the governance of Yearn.finance. At the time of its launch, in July 2020, its price was $700.

Why was Yearn Finance created?

We talked about DeFi lending in the article on Aave, where we defined APY as the actual rate of return in a year. This is the percentage that the Borrower receives in proportion to the amount lent.

A fellow named Andre Cronje, around February 2020, was doing just that. He would lend out his cryptocurrencies on the protocols available at the time, checking every day which of these platforms yielded the best returns. Sick of wasting time on tables and calculations, Andre created an algorithm to automate this process.

Thanks to its algorithm, the choice of the best lending protocol based on the APY becomes mathematical and instantaneous.

One of the main tools in the cryptocurrency market are liquidity pools, often used in the DeFi industry. These are just ‘containers’ of large amounts of liquid tokens.

Aggregating liquidity in containers can have several purposes. To date, pools are mainly used for market making, i.e. creating a liquid market on an exchange. More simply put, liquidity pools allow exchanges to have more liquidity and thus their users to trade large amounts of money.

Andre Cronje had the brilliant idea of using these pools to take yield farming (or liquidity mining) to the next level.

Yield Farming includes all instruments and activities, outside of trading, that allow you to reap frequent profits through the use of crypto-assets.

In this field, pools play the role of containers of assets on which users will make profits.

Those who choose to engage in this activity tend to look for the protocol that offers the best profit rate, also called APY. Some of the best-known protocols that allow Yield Farming activities are Compound, Curve, Uniswap and Aave.

Each of these protocols has a different and variable APY – just as, in traditional finance, the interest offered by each bank is different, varying according to policy and cash injected.

The substantial difference between the interest generated by a bank savings account and the APY of a DeFi protocol is that the rate of the latter is often above 3%, and by a lot. This is because it is an activity with multiple risks as well as advantages.

How the Yearn Finance protocol works

Each yield farming protocol has its own specific mechanics, and different additional functionalities.

In some protocols, Yield Farming is done through decentralised lending, in others simply by providing capital to liquidity pools connected to a DEX, and in others through staking. These formulas are constantly changing, so protocols will quickly become obsolete if they do not evolve.

The particularity of the Yearn Finance protocol is that the APY you receive is optimised automatically. Let’s see it step by step.

With the arrival of Compound CTokens and new yield farming protocols, the mission of Yearn Finance has become increasingly complex.

In the calculation to optimise rewards, it was necessary to consider all the different earning formulas in addition to APY. So the Yearn Community created Vaults, which are pools of funds with an associated strategy to maximise returns on an asset.

The features of Yearn Finance

Visiting the Yearn Finance V1 platform, you will find the following interface, introducing most of the functionalities offered.

Vaults contains some of the most advanced yield farming strategies. Vault strategies do much more than simply lending out funds. They combine various yield farming and trading tools to optimise the return on your assets while minimising risk. Each vault follows a strategy that is voted on by the community.

Earn is the core functionality, which allows you to earn money simply by automatically moving your funds to the most profitable protocols.

Zap allows you to convert tokens supported by Yearn quickly and save on transaction fees.

Experimental brings together all the Vaults that are still in the testing phase. In fact, it is only used by very experienced users or those with large amounts of capital.

Lending, thanks to the partnership with Cream, allows decentralised lending directly on Yearn.

Cover is the result of a partnership with the Cover protocol, which allows users to take out smart contract insurance and thus protect themselves against any kind of black swan event that could see them lose their blocked funds.

To support the decentralisation of Yearn’s governance, Andre Cronje decided to deploy the native YFI token in July 2020.

It is first distributed to the community, and then allocated as an incentive to use the protocol. Remarkably, no percentage of the pre-mined tokens ever went to Andre Cronje or the development team, which is unique since Bitcoin.

Although on paper the token was born with no financial value, the influx of money into the protocol pools quickly increased its value.

At launch, the price was around $700. Six months later, it was worth $33,700. This significant growth can perhaps also be attributed to the maximum supply: only 36,666 coins will be distributed. This is one of the lowest supplies ever created in the cryptocurrency market. 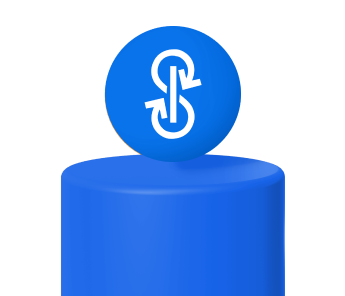