Roger Keith Ver is a pioneer in the world of cryptocurrencies. One of the first to believe in Bitcoin’s potential, he bought it when the currency was worth less than a dollar. He then went on to promote Bitcoin Cash instead.

Today, his net worth is estimated at around 520 million and he has several cryptocurrency-related companies under his belt. It is in fact because of his vision and flair for opportunities that Roger Ver has earned the name “Bitcoin Jesus“. This is who the controversial figure of Roger Ver is.

Roger Ver was born in 1979 in San Jose, California. As a young boy, he experimented with computers, and out of sheer curiosity, he also approached the world of finance. It was then in the heart of Silicon Valley, in Cupertino, that he studied economics, mathematics and astronomy.

But his years of study were short-lived, as young Roger Ver dropped out of college to devote himself to his first innovative idea. In 1999, he decided to set up Memorydealers.com, a company through which he resold electronic equipment such as personalised transceivers and hardware at discounted prices.

Why did Roger Ver go to prison?

Meanwhile, Ver buys explosives and sells them on eBay. To be precise, he keeps 49 pounds of fireworks in a residential condominium, shipping at least 14 pounds of them through the US Postal Service to buyers. Not having a licence to possess and sell them, Roger Ver was arrested in 2001 and sentenced to 10 months in federal prison.

“A long time ago I had misunderstandings with the US government,” Bitcoin Jesus recounts years later. “I felt that I was treated profoundly unfairly. And so, as soon as it was possible for me to leave the United States, I left. At the time, I had a girlfriend in Japan and decided that I would try to live there”. So it was that Roger Ver flew to Japan in 2005 where he obtained a residence permit.

The approach to Bitcoin

The same year, he set up a new company. It is Agilestar.com, dedicated to the sale of fibre-optic transceivers, which soon served the world’s most important companies and became a leader in its field. But the real turning point in Roger Ver’s career came in 2011, when he first discovered the term “Bitcoin“.

According to him, it is “one of the most important inventions in the history of mankind”. Bitcoin is still worth less than a dollar, but Ver decided to bet his entire career on it, confident in his background in economics and computer science.

So he decided to accumulate more than 400,000 BTC and accept payments in digital currency in his company Memorydealers.

And so, Ver’s immense fortune sets in motion an investment machine unprecedented in the industry. The entrepreneur invested in startups such as Ripple, Blockchain.com, Bitpay and Kraken, which quickly received the financial backing of influential financiers. In 2012, he was one of the five founders of the Bitcoin Foundation, a non-profit organisation that aims to revive the reputation of digital currencies, often challenged by a lack of information.

Two years later, Roger Ver started Bitcoin.com, a web portal that provides various services for bitcoin and bitcoin cash. The company is based in St. Kitts and Nevis, where the successful entrepreneur is a citizen. In fact, in 2014 Roger Ver obtained nationality on the island thanks to some investments and after renouncing his US one. In 2017 the team of 40 people is paid entirely in BTC. Invoices, income, payments are expressed in Bitcoin. They don’t even have a bank account.

Concerns about the 2017 boom

In 2017, noting the excessive speculative interest that characterised the boom in the crypto market, Ver said he was concerned about Bitcoin’s future.

Like all first-generation bitcoiners, Ver firmly believed in Bitcoin’s ability to make each individual the effective owner of their own economic resources. A clear stance against the current economic system that does not, in his opinion, promote a society where every human being is placed on an equal footing.

He feared that the speculation taking place in 2017 could jeopardise this promise. Disappointed by the way things had evolved, he tried to seek a solution in the most appropriate way for him: through technology.

A niche of Bitcoin developers had long been proposing massive interventions on the blockchain to solve its scalability problems. With the unexpected influx of demand in the market, this potential problem had become a reality. Ver felt the time had come to use his influence to resolve the situation and keep Bitcoin consistent with the manifesto of freedom with which it was born.

Roger Ver thus aligned himself with a minority of developers including the well-known Craig Wright. They were in favour of a hard fork, to increase Bitcoin’s block size. This change would have allowed for greater scalability and less competition. Users would then have to pay lower fees and, according to Ver, this was the best way to ensure Bitcoin’s mission: to become an alternative payment method.

From the hard fork, Bitcoin split and Bitcoin Cash were born. The latter project opened a feud between co-founder Craig Wright and Roger Ver. The two split a year later. The “Bitcoin Jesus” today remains at the head of Bitcoin Cash ABC (BCH), in an attempt to fulfil his mission: to promote a virtual currency capable of replacing fiat currency with a spendable cryptocurrency accessible to all.

Roger Ver is certainly one of the most controversial figures in the crypto world, still considered by many bitcoiners as a traitor. However, there is no denying the commitment and resources he has put into staying true to the deeper nature of the revolution started by Nakamoto. He has no doubt that the value of fiat currency will collapse and that virtual currency will soon take over. “When the Internet was in its infancy, only 1% of the population used it, whereas now almost everyone uses it. I think the same applies to digital currencies.” 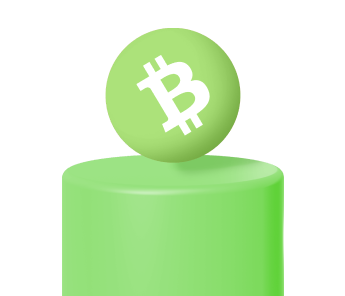