Ripple’s mission is to bring the speed and globality of blockchain technologies to the banking system. In its eight years of history, it has forged very close relationships with the traditional financial system, choosing to operate “from within” to improve it.

The collaborative approach has allowed it to establish a constructive relationship with financial institutions, making it known as the banks’ favourite cryptocurrency.

Unicredit, Santander, UBS, MoneyGram, WesternUnion and American Express are just some of those that have decided to adopt Ripple’s solutions. Thanks to the alternative offered by a decentralised payment system, these banks can simplify payments by considerably reducing transaction costs, especially cross-border. In other words, with Ripple they are able to offer customers cheaper solutions and thus gain a competitive cost advantage over their competitors.

Ripple comes from an idea of Ryan Fugger in 2004 after working on a local exchange trading system in Vancouver.

Ripple is a for-profit company that has created a unique ecosystem of products that are targeted at financial institutions. However, if technology speaks the language of the “old world”, its cryptocurrency XRP dreams of becoming the payment system of the future.

Despite its good intentions, Ripple has had to give up the favour of the most intransigent cryptonauts who see its philosophy as too distant from Nakamoto’s will.

The XRP Ledger (XRPL) is a distributed, public ledger that does not require permissions to participate. The XRP Ledger supports assets denominated in currencies such as dollars and euros and includes a decentralised exchange in its protocol.

It differs from the major blockchains in that it features 3 elements:

XRPL nodes are called Validators, and have the role of validating transactions by voting.
Any user can become a Validator, but is not necessarily chosen to validate transactions. To select acting validators, each user must define a UNL (unique node list) of users they trust, but there is also a standard list provided by Ripple.

The ledger uses a consensus protocol unlike any other, and is now known as the XRP Ledger Consensus Protocol, although in Ripple’s Whitepaper and in most mentions online it is found under the acronym RPCA.
Thanks to the consensus protocol, the ledger can make progress even if nodes in the network come, go or behave inappropriately.
If too many participants are unreachable or misbehave, the network stops making progress rather than changing its rules or confirming invalid transactions.
The property of continuing to function despite disruptive elements in the network is called Byzantine Fault Tolerance (cf. the Diving Deeper paragraph).

RippleNet was created as a distributed network that could unite all the banks in the world, with the aim of providing them with a secure and fast route for sending money. Sending money internationally is in fact often a long route that requires going through multiple currencies and institutions, resulting in high service fees.

RippleNet is a software built on the XRP Ledger and is a closed network of institutions that have contracts with Ripple. That’s why transactions on RippleNet are private and only accessible to these institutions.

Ripple initially developed RippleNet to have a payment network that could settle instant payments with different digital assets. Today, Ripple refers to this functionality as On-Demand Liquidity. Customers such as MoneyGram, TransferGo, mercuryFX and GoLance use RippleNet with ODL to make their payments instantly and use XRP as the payment medium.

XRP is the native cryptocurrency of the XRP Ledger. It is divisible into 6 decimals and the smallest unit is called a drop, so:

XRP cannot be mined and was pre-mined at launch by Ripple.

Right now (August 2021) there are over 46 billion XRP in circulation while the maximum limit that can enter circulation is 100 billion.
Ripple holds about 6 billion XRP and 48 billion are held in an escrow wallet, from which coins are periodically released to the market.

Not only that, the transaction fees paid by the users in XRP are destroyed in a process called “coin burn“. Coin burn consists of the actual removal of XRP coins from circulation and is part of the economic model of XRP, with the aim of making it scarce and therefore resistant to inflation.

Differences between Bitcoin and Ripple XRP

On 22 December, the SEC filed a lawsuit against the company Ripple Labs. The SEC (Securities and Exchange Commission) is the federal agency that oversees the US stock exchange. The SEC is investigating the relationship between Ripple Labs and XRP, claiming that XRP is actually a security token.

The SEC alleges that the founders launched the XRP currency by selling it as a share of the Ripple company, without registering it as such. The ICO that launched XRP has raised more than $1.3 billion from investors around the world. Therefore, the lawsuit centres on whether the SEC considers that Ripple failed to register its offering as an investment contract for investors.

The debate that followed resulted in the immediate delisting of XRP from some of the world’s largest exchanges and an immediate collapse in Ripple’s price.
The court case is still ongoing in 2021, but Ripple’s price recovered significantly in August, probably due to the Ripple Army and the infamous Reddit account r/Wallstreetbets.

Here are the conditions:

The main obstacle to resolving the situation is that messages may be lost, or 1 or more generals may decide to send a false or misleading message.

A Byzantine Fault Tolerant system is not hindered if a network participant acts maliciously or does not participate.
On the blockchain, this greatly reduces the latency of transaction verification. 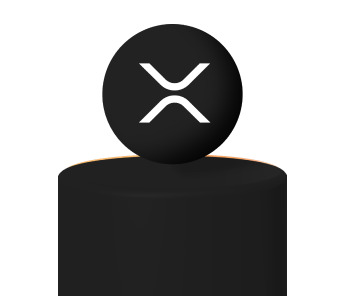