Hoskinson is one of the people who has contributed the most to the development of the crypto sector, and has done so in a different way than other personalities and with a particular approach. Let’s discover together the fundamental elements of Charles Hoskinson’s vision.

Charles Hoskinson was born on 5 November 1987 on the Hawaiian Islands. His university education was in science and mathematics, but he interrupted his studies before completing his PhD in analytical number theory. Not surprisingly, his future project will be named after the Italian mathematician Gerolamo Cardano.

There are not many details about his early career, but his interest in cryptocurrencies blossomed shortly after the birth of Bitcoin, which he appreciates for its scarcity and consequent intrinsic value.

In 2013 he pursued this interest and left his job as a consultant to join the Bitcoin Education Project, here you can find the original discussion he created on the historic Bitcointalk forum. In the same year, he joined the founding team of Ethereum along with the likes of Vitalik Buterin and Gavin Wood, where he became CEO of the project.

After about a year, Hoskinson was removed from the Ethereum team due to a difference of opinion with Vitalik Buterin, who wanted to carry out the project in an entrepreneurial and profit-oriented manner, while the latter wanted it to be non-profit.

In the same year he founded IOHK, the company that supported the development of Cardano together with Jeremy Wood, a former colleague at Ethereum. During fundraising, implemented through ICOs and personal funding by Hoskinson himself, he refused to ask for capital from venture capital funds for purely ideological reasons, as this would go against the idea of decentralisation at the heart of cryptocurrencies. To date, the major VCs in the cryptocurrency sector do not hold stakes in ADA.

The birth of Cardano

To understand what led to the birth of Cardano, apart from the dispute with Vitalik Buterin, we need to take a little dip into the past and understand what problems the first cryptocurrency, Bitcoin, aimed to solve.

Shortly before the creation of Bitcoin, there was a need to move value around the world in a decentralised way without relying on a financial intermediary, and this was precisely the need that blockchain technology and in particular Bitcoin aimed to solve.

The problem that Hoskinson identified was not so much in the quality of Bitcoin’s technology, but rather in the limits of its use, which in his view were too narrow:

It is for these reasons that Cardano was born, an ambitious project that aims to create a decentralised ecosystem that is scalable, compatible with other technologies and financially sustainable, but without sacrificing decentralisation. The development of Cardano was deliberately characterised by a “peer-review” process, i.e. the independent analysis of research and prototypes before actual development. The management of the project is inspired by large companies in the technology and aerospace fields, which are characterised by a strict development procedure based on a long preliminary study phase in order to have a clear vision of the long-term planning of the ecosystem.

For Hoskinson, a central element in cryptocurrencies and global finance are dApps – decentralised applications that rely on a blockchain to function. They can be compared to the blockchain equivalent of common mobile apps or PC software, each allowing the user to perform specific actions.

In the case of dApps, most of them use the Ethereum network, but Hoskinson frequently points out that in reality only a small proportion of these applications are actually used, very often because they are too difficult to use or because transaction costs are too high for both developers and users.

This is an important element of the philosophy behind the Cardano project, which aims to bring to light a real utility for people and more use case scenarios that are concretely measurable and observable, and is done through small and continuous improvements and collaborations between the many supporters of the project.

As you could read in the first paragraph, Hoskinson’s interest in the world of cryptocurrencies originated with the concept of “scarcity” represented first of all by Bitcoin, however over the years his interest shifted to the concept of “utility“. He noted that the value (in terms of price) of a cryptocurrency is certainly correlated with scarcity but, to date, not at all with its utility.

The explanation from his point of view is that dApps, as they have been conceived so far, are not bringing real and adequate value to the entire cryptocurrency ecosystem and therefore are not substantially solving the problems they set out to solve. We should, according to Hoskinson, develop the entire cryptocurrency industry with what people actually want and can use in their everyday lives in mind.

In order to bring real and tangible value to the world, the Cardano team has been committed from the beginning to working with organisations or companies with a real and tangible mission. Many partnerships have been formed during development and they are of various types: with non-profit organisations (SaveTheChildren), with technology companies, with start-ups, universities or even public organisations. This is done with a double purpose, firstly to really help solve the problems that people have in different parts of the world, and secondly to show the public the real usefulness that a project like Cardano can bring to society as a whole.

What kind of utility does he have in mind? He speaks of various utilities, from remittances to the design of a fair electoral system, to the banking of so-called underdeveloped countries. From this perspective, it is not important to Hoskinson how the market fluctuates or what his competitors, Ethereum’s former teammates, are doing. What matters is solving concrete and common problems, and helping as many people as possible in a sustainable way. 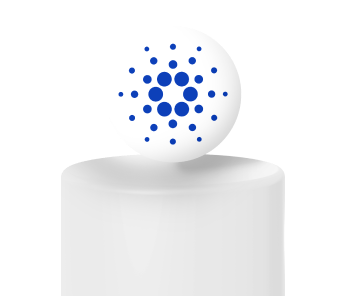