Eos: a Blockchain for DApps based on DPoS

EOS is the cryptocurrency of the Eos.io blockchain, which aims to be the most powerful infrastructure for DApp development in terms of:

Some called it the Ethereum Killer because of its competitive ambitions and promising team, while others consider its DPoS-based governance too centralised.

Eos is the deity of dawn in Greek mythology, later called Aurora by the Latins.

DApps are decentralised applications and differ substantially from the apps we are used to. Traditional apps, which we download from the Apple Store or Google Pay, are:

On the other hand, Decentralised Applications are:

Dapps on Eos.io, for example, are self-sustainable as the network is based on a reward system:

If we think of blockchain as the Internet and smart contracts as the World Wide Web (www), decentralised applications (DApps) are comparable to Facebook, Twitter or YouTube.

The virtual land game Upland is an Eos Dapp, as is EOS Dynasty, a role-playing game in which participants’ actions are powered by cryptocurrency.

How was Eos born?

EOS is the brainchild of crypto celebrities. Daniel Larimer is best known for creating Bitshares and Steem, the blockchain behind the social network Steemit. As Chief Technology Officer of Block.one, Larimer is the main architect behind the Eos.io software.

Larimer had already experimented on these projects with a new consensus mechanism of his own invention, the Delegated Proof-of-Stake (DPoS), a mechanism that only shone with the rise of Eos.

Founded in 2017 by Larimer and Brenden Blumer, Block.One is the private company that developed the Eos.io protocol, famous for launching the largest ICO in history: it raised over $4 billion, selling 1 billion EOS in its first year.

Differences with other blockchains

Like any other cryptographic project that focuses on development rather than payments, Eos.io takes after Ethereum. Its technology attempts to solve the historical problems associated with DApps, which have congested even a long-lived and stable blockchain such as Ethereum, resulting in performance problems for all users.

Eos.io is therefore a blockchain with an ideal and simple architecture for DApp developers. Unlike the others:

The EOS blog provides guides, tips and tutorials on the network for developers.

Block.one has launched a social network based on Eos.io that is currently in the testing phase. It is called Voice and creator Daniel Larimer wants to go a step further than his previous social project, Steemit, by implementing an anti-spam system in the platform. In March 2021 Voice announced that in addition to a social, it will also be a platform for the creation and exchange of NFTs.

Everipedia is a for-profit online encyclopaedia, similar to wikipedia, but based on the Eos.io blockchain and powered by its cryptocurrency, the IQ token. One of the company’s goals is to prevent certain countries from blocking content, through the integration of the blockchain model, which is immune to any kind of censorship.

In this way, countries like Turkey and Iran, which block Wikipedia, are no longer able to do so. Mike Novogratz, CEO of Galaxy Investment LP, and Block.one leads a group of institutions that invested $30 million in Everipedia on February 8, 2018. Novogratz also funds Eos.io Ecosystem, a $325 million joint venture between Galaxy Digital LP and Block.one.

In December 2020, Everipedia also formed a partnership with The Associated Press (AP), an independent US news agency.

We explained the differences between Proof-of-Work and Proof-of-Stake in the article on Ethereum 2.0, which is converting to the latter and thus increasing its scalability, something that Eos.io is still better at.

The Delegated Proof-of-Stake consensus model, DPoS for short, is based on staking, whereby all Eos.io participants have to stake an amount of Eos, even if only to open a wallet. Regarding the validation of transactions, the mechanics vary slightly. Whereas in PoS, validators are chosen on the basis of the tokens they are staking, DPoS requires a second step.

Those who have staked at least 1EOS vote for the nodes that will confirm the transactions. These nodes are called Block Producers (BP) or Supernodes and are the voting delegates (or witnesses). On Eos.io there is a defined number of Block Producers: 21. This small number makes the network more scalable, but some consider it centralising, not least because of the (proven) risk of Block Producers cartels forming.

The governance of Eos.io has a further peculiarity: it has a proper Constitution, and its guidelines can be found on the EOS Github page.
It is also worth mentioning that Block.one, as the recipient of 10% of the first tokens created with the ICO, has also regularly taken part in the Block Producer voting since 2018.
Finally, in October 2020, none other than Google Cloud joined Eos.io’s list of Block Producer candidates. 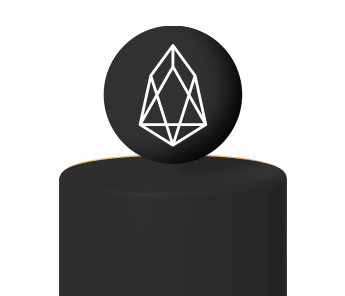