The Merge, or how Ethereum embraced Proof-of-Stake

The Ethereum blockchain has changed its consensus mechanism. Proof-of-Work was replaced by Proof-of-Stake. After a multi-year plan, the new PoS consensus layer is ‘hooked’ to the main chain through a process called The Merge. This green upgrade has been equated to an ‘engine’ change for a racing car: from petrol to electric, from mining to staking!

In this article we are going to find out more about the Beacon Chain, the component that made Ethereum 2.0 Proof-of-Stake. We will also explain how the Merge took place, and what the Ethereum Foundation’s future roadmap envisages.

Who knows who Vitalik Buterin would be today if Bitcoin had never existed. Without Satoshi Nakamoto‘s ‘Peer-to-Peer Electronic Cash System’, would the creator of Ethereum have still believed in the creation of a ‘World Computer‘ capable of decentralising any process?

We can only imagine what would have happened. However, history has handed us Ethereum, the second world crypto milestone after Bitcoin, under the banner of blockchain programmability. This attribute is supported by smart contracts and has developed gradually through the evolution of the protocol. The plan was defined from the beginning and conceived in 4 ‘eras’, Frontier, Homestead, Metropolis and Serenity.

This post by Vinay Gupta, in fact, already outlined Ethereum’s stages back in 2015, immediately after the Initial Coin Offering (July 2014). Serenity, in particular, foresaw a substantial change for Ethereum, in that the Proof-of-Work (PoW) consensus algorithm would be replaced by Proof-of-Stake (PoS). Blocks on the Ethereum blockchain would thus be validated by nodes with ETH in staking and no longer through mining.

According to some estimates, Proof-of-Stake reduced Ethereum’s energy consumption by 99.95%, by replacing Proof-of-Work as the consensus algorithm.

By switching from PoW to PoS, Ethereum essentially eliminated the energy consumption of mining and prevented the centralisation of block production due to the specialisation of miners’ hardware. These, and other advantages of PoS over PoW, favoured Ethereum’s long-term vision of Scalability, Security and Sustainability.

However, Serenity was only a declaration of intent. The specific technical updates needed to implement this multi-year programme could obviously not have been foreseen so far in advance. Nevertheless, the mechanism that made Ethereum Proof-of-Stake – the ‘difficulty bomb‘ – had already been planned.

From Ethereum 2.0 to the Merge: the Difficulty Bomb

Years later, Ethereum’s transition from PoW to PoS is a reality. The Serenity plan has succeeded, albeit under the different name of ‘The Merge‘. In a nutshell, this process involved merging the new Proof-of-Stake consensus layer, called the Beacon Chain, and Ethereum’s mainnet (or execution layer), replaced the old Proof-of-Work.

The Beacon Chain flanked Ethereum’s main blockchain from the 1st December 2020 until the Merge, allowing users to deposit ETH in staking.

Ethereum used this ‘double layer‘ to test and update the Proof-of-Stake mechanism, without risking disruption to the important (and expensive) processes of the main blockchain. By contrast, the community translated this strategy into a narrative that is misleading, at least for now. There is no ‘eth1’ and ‘eth2’, just as the designation ‘Ethereum 2.0’ is no longer accurate, although it is indeed widely used. As explained in this article, the roadmap has evolved and there is only one “Ethereum”: the Merge is not a sequel, the product is a unique one. This clarification is also intended to protect the community from scam attempts, such as swaps into fake ETH2 tokens.

There have been several proposals for alternatives to implement the switch to Ethereum Proof-of-Stake, culminating in the choice of the Merge with the Beacon Chain, but the goal has always been the PoS. In fact when you read through the update history, you can see that the mechanism to incentivise the change of the consensus algorithm had already been introduced in the Frontier Thawing update in 2015 – the difficulty bomb.

In a nutshell, a difficulty bomb is an exponential increase in mining difficulty that prevents the production of new blocks by making the miner’s calculations too complex. This mechanism was programmed to ‘freeze‘ Ethereum’s Proof-of-Work blockchain in a so-called Ice Age. At that point, the only alternative for nodes would be to support the Merge with the Beacon Chain and then switch to Proof-of-Stake Ethereum. This is precisely what happened on the 15th of September 2022.

The beginning of the ‘countdown’ to the difficulty bomb’s detonation was postponed from update to update, until the new PoS consensus layer was ready for the Merge. Now, let’s delve into what the Beacon Chain is and how to stake on Ethereum.

The functioning of Staking and the Beacon Chain on Ethereum

Vitalik Buterin already mentioned Proof-of-Stake in 2014. In this post, he praised the advantages of the PoS consensus algorithm created by Sunny King, but pointed out the lack of a mechanism to punish dishonest behaviour. He therefore proposed introducing ‘slashing‘ to tackle the risks of 51% attack and Double Spending. This is a mechanism that punishes dishonest validators by making them lose their block reward and part of their stake.

The same concept has been applied to Ethereum’s Proof-of-Stake, along with other rules: let’s now look at how staking works on Ethereum 2.0. Every 12 seconds, a node with a stake is randomly chosen to produce a block, after which the transactions are re-executed by a group of validators (also random) to ‘vote‘ on their validity. The blocks deemed correct by the majority are then added to the blockchain, while the others are rejected.

In addition, there are four staking options on Ethereum, which have already been explained in this article on how staking works. In general, you will need 32 ETH to open a node. You can also delegate smaller amounts to staking pools or block them in some decentralised exchanges while sharing the validation rewards.

Before the Merge, the Beacon Chain accumulated more than 400 000 nodes and almost 14.5 million ETH in staking.

In any case, any node on Ethereum has equal chances of being chosen to produce a block. Moreover, the voting power conferred by staking during the validation process is always proportional to the node’s actual stake, whose value cannot exceed 32 ETH. This means that validators can stake as much ETH as they want, but their ‘weight’ can never exceed this threshold – this is another anti-centralisation measure. Slashing penalties, of course, can decrease the actual stake.

These ‘laws’ have been codified in the Beacon Chain, maintained by the new network of nodes with stakes independent of the execution layer. In fact, before the Merge, nodes did not certify the transactions of the PoW mainnet, but only participated in the consensus on their respective balances. The combination of the difficulty bomb and this expedient has made it possible to simulate the Merge on three testnets, Ropsten, Sepolia and Goerli. Subsequently, the 6th of September 2022 Bellatrix update prepared the Beacon Chain for the Merge with the main network. As anticipated, this happened on 15th September with the Paris update.

The Merge fused Ethereum’s Beacon Chain and Mainnet into a single blockchain thanks to the difficulty bomb. In fact, once the predetermined extreme mining difficulty (called Terminal Total Difficulty) was reached, it was impossible to produce more blocks through Proof-of-Work, thus triggering the switch to Proof-of-Stake. This process allowed Ethereum to preserve the ‘history‘ contained in past blocks, by attaching the first PoS block directly to the last PoW block.

The Merge, however, is only the first stage in Ethereum’s new roadmap. Decentralisation and scalability will be the future goals, and sharding, in this regard, is the first mechanism that will be introduced in the next updates.

The most attentive among us will have noticed that the implementation of sharding was meant to pre-date the Merge in Ethereum’s original roadmap. The first form of this sharding solution was however made redundant by the deployment of Rollup Layer 2s, making Ethereum’s switch to PoS the priority.

The update following The Merge, The Surge, will reintroduce sharding in the new Danksharding approach. It will simply divide the Ethereum blockchain horizontally in so-called ‘shard blobs‘, to distribute data management among the different nodes. This will increase transactions per second (tps), make the core network more accessible and layer 2 rollups less expensive.

Ethereum’s sharding is planned for 2023, but it will not be the last update:

As with The Merge, the study and implementation of these changes will take time and effort, but as Vinay Gupta said about Serenity, ‘Reinventing the digital era is not easy, but someone has to do it. Right now, that’s us.” Will Ethereum 2.0 be the blockchain of the next era? We will find out block by block. 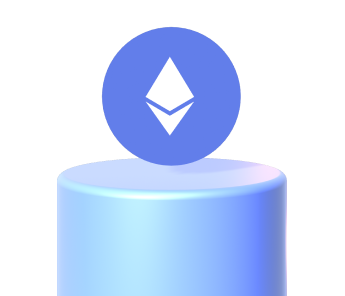