Behind the simplicity of exchanges, there is a mechanism that is little talked about: the order book.

It regulates market trades among participants. Let’s explore these 3 roles and how they intertwine in centralised and decentralised exchanges.

Supply and Demand: how prices are formed

As in any market for goods or services, in the cryptocurrency market, the two variables that form the price are supply and demand.

Market operations are dictated by two types of traders:

How to read the order book

How to interpret these dynamics in everyday trading?

Let’s learn how to read the order book to understand who the Market Makers and Takers are and how they operate.

The spread provides important information about supply and demand but also about liquidity, as the greater the difference between the Bid and Ask price the less liquid the market is. At the same time, when the spread increases it means that market makers are adjusting their positions (both buying and selling).

The ability of the market to absorb large buy and sell orders without affecting the trading price.

Market depth can be guessed from the number and depth of orders placed in the Exchange order book.

When the Market Depth is high, it means that the market is very liquid and will not be affected by the execution of any large orders, so the positions of market makers remain almost unchanged.

Vice versa if the Market Depth is low, it means that the market is not sufficiently liquid and therefore will be influenced by the execution of large orders and also the Market Makers will obviously suffer the effect.

The risk that Market Makers are willing to take is a balance between market liquidity and market depth, which can be expressed by the Spread.

What are Automated Market Makers?

With the recent increase in people’s interest in DeFi, decentralised exchanges (DEX) are becoming increasingly popular and developed.

It is a smart contract protocol behind DEXs, allowing the trading market to function automatically.

In this type of exchange, trades and liquidity are managed in an automated way through smart contracts on a blockchain and through the contribution of the users, in fact they provide the liquidity themselves and are rewarded for it.

A big difference from traditional exchanges is that users have to use their own wallets, as they are not included in the DEX.

UniSwap is one of the best known AMM-based DEX and its governance token based on the Ethereum blockchain, UNI, has reached the top positions of the most important cryptocurrencies by capitalisation.

In DEXs, exchange pairs such as ETH/USDT are liquidity pools where both currencies of the pair are deposited and locked in a fixed ratio. This creates the liquidity needed to trade. Anyone can provide liquidity and therefore there is no need for Market Makers, which can be found in centralised exchanges.

When large orders are executed on the market, there is a discrepancy between prices. The automatic mechanism then balances the number of coins in the pair and liquidity is consequently removed or added until the BID-ASK price discrepancy is gradually rebalanced to normal market levels.

This situation presents opportunities that are highly sought after by traders operating with arbitrage strategies. As well as being profitable for themselves, it also helps to rebalance the supply-demand discrepancy that naturally arises, eliminating the possibility of further arbitrage.

A problem that still exists in DEXs today is the lack of security for inexperienced users, who are more prone to errors that sometimes cannot be resolved. These are caused both by the greater difficulty of use but also by possible flaws in the code of the smart contract that regulates the functioning of the negotiations.

Liquidity and the mechanisms influencing trading prices are very important for both CEXs and DEXs. The big difference, as we have seen, can be found in the mechanism by which the market and the exchanges are regulated, as well as in the governance. 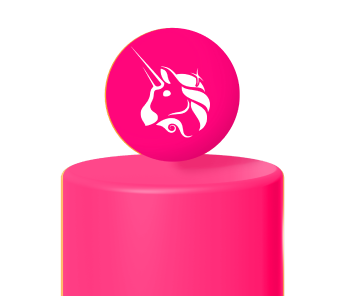 Related
Beginner
Crypto Security
Password management: how to manage your accounts securely
Decentralisation requires personal attention to protection: do you know how to manage passwords, especially in the world of crypto?
August 4, 2022
9 min
Beginner
Crypto Market
Crypto Technical Analysis
What is Profit and Loss (P&L) and how is it calculated?
Profit&Loss is an instrument to keep your income and expenditure in check. Find out how to calculate it, what its meaning is in trading
June 17, 2022
8 min
Beginner
Crypto Technical Analysis
Technical Analysis: How to Draw Trendlines
Trendlines can be a useful technical analysis tool. Find out what they are, how to track them and how to use them in trading.
June 7, 2022
9 min
Products
Young Platform
Young Platform Pro
Young Platform Step
Young Platform Academy
Token
new
Learn
Getting Started
Glossary
Buy Bitcoin
Buy Ethereum
Buy Tether
Buy Dogecoin
Company
Work with us
What people say about us
Why Young Platform
Our products
Legal e Privacy
Leadership
Support
Support
Commission and Prices
FAQ Tax
FAQ Sale and Purchase Agreement
FAQ Commissions
FAQ Earning Wallet