Avalanche: A Solution to the Blockchain Trilemma

Avalanche is a highly scalable blockchain for the development of smart contracts and decentralised applications.

Avalanche as a project was created and launched in 2018 by Ava Labs, a company founded by Professor Emin Gün Sirer, of Cornell University along with Kevin Sekniqi and Maofan “Ted” Yin.

Gün Sirer already had extensive experience in cryptographic research, so much so that he had conceptualised a peer-to-peer virtual currency six years before the release of Bitcoin, continuing to work on solutions to both Bitcoin and Ethereum until at least 2016.

In 2019, Ava Labs received backing from the likes of Polychain, Andreessen Horowitz and Balaji Srinivasan, and the following year closed a $42 million ICO in less than 24 hours.

The credit, however, does not go entirely to the Cornell University scholars. Avalanche is named after a consensus mechanism proposed by a certain “Team Rocket” in May 2018.

A few hours after this paper was published online, Gün Sirer was inspired by it and tweeted it. He later published together with Team Rocket a review of this consensus model and decided to found Ava Labs.

What kind of crypto project would it be without a bit of mystery.

Consensus: a solution to the trilemma

Avalanche was created to solve the trilemma of blockchain scalability, demonstrating that a system can be both scalable, decentralised, and also secure, without trade-offs.

All this is possible thanks to the consensus algorithm created by Team Rocket together with Gün Sirer called Snowball. Snowball combines the principles of Proof-of-Stake with those of Gossip, a consensus method that applies to DLTs that are not built on blocks.

In practice, it combines the best of the two main families of consensus protocols: classical consensus and Nakamoto consensus.

Classical consensus was theorised as early as the 1970s and requires each participant to reach consensus with every single other participant. Initially this system is very fast and simple, but as participants increase, the mechanism becomes more complex and slower – it is therefore not scalable.

Nakamoto consensus, on the other hand, always requires the same amount of time to be reached, whatever the size of the network, yet these times are too long.

In 2018, Team Rocket introduced a third family, the Snow family, first applied with Snowball on Avalanche. This type of algorithms does not require the consensus of every single participant, but each validator only queries part of the network, randomly selected. To put it very simply, when the probability of a consensus being reached is sufficient, the transaction is finalised immediately.

Thus Avalanche takes the speed of classical consensus and the decentralisation of Nakamoto.
This consensus algorithm is very complex, but the result, according to Ava Labs, is that it allows transactions to be validated in less than a second, in a secure, decentralised and flexible way. It also allows multiple transactions to be validated in parallel, and needs as low power consumption as a classic Proof-of-Stake.

The primary network of the Avalanche blockchain has 3 subnetworks or sub-chains:

Thanks to these blockchains Avalanche has everything:

Any Ethereum developer can thus also easily work on Avalanche and migrate any Dapp from Ethereum to Avalanche.

What is AVAX and how does it work?

The maximum supply is 720 million tokens, 360 of which were released in the genesis block. Through staking, other currencies are put into circulation, while the fees paid in AVAX are “burned“, thus maintaining balanced inflation in the long term.

Currently, in order to participate in the network as a validator, you need to stake at least 2000 AVAX, but you can also delegate your tokens to a validator.

Considering the launch in September 2020, a large number of Dapps have been developed on Avalanche in a short period of time. Many other Dapps that originated on Ethereum have instead chosen to expand to Avalanche.

Its adoption was facilitated first by the development of the bridge that connected Avalanche’s C-Chain with Ethereum, and then by an incentive programme called Avalanche Rush, aimed at attracting DeFi applications to its blockchain.

The first protocols to migrate were Curve and Aave, followed by others such as SushiSwap, Kyber Network and Tether.

Aave, originally based on Ethereum and later on Polygon (Ethereum’s Layer 2), since October 2021 is also on Avalanche, thus stepping out of the Ethereum ecosystem for the first time. Curve, on the other hand, was already available on five other Layer 1 and Layer 2 blockchains.

Some native Avalanche Dapps are:

In a market full of Ethereum competitors, Avalanche stands out with its promising solution to the seemingly insurmountable trilemma and a fast-growing DeFi ecosystem.

Backed by some of the most prominent crypto investors, Avalanche seems poised for a long road ahead. 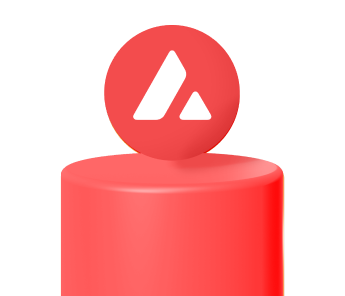