Interoperability is the ability for two or more blockchains to exchange information and value. DeFi (and non-DeFi) blockchains are developing solutions to bridge this gap in order to promote collaboration to accelerate blockchain adoption.

Why do blockchains need to be interoperable?

Today there are more than 100 blockchains. Imagine if none of these blockchains could dialogue with the other: the possibilities of use would be very limited.

It would be like not being able to send an email from Gmail to Outlook, or a bank transfer from one bank to another.

If you can’t for example exchange bitcoin for Ether without going through a centralised exchange, DeFi has a problem, because you reduce the use cases of so many protocols and dapps. If there are few use cases, there will be low adoption.

We often talk about blockchain applications to the supply chain in different sectors. A supply chain is made up of a number of companies, institutions, manufacturers that work together and depend on each other. However, each company will have different customers or suppliers, and not all of them will implement the same blockchain to support the management of their data.

This is why it is essential that each blockchain develops the functionality to support interoperability, with as high a level of compatibility and flexibility as possible.

The main solution is the so-called bridge, which is a system that transfers information between two blockchains belonging to different ecosystems.

At the time of writing, there are about 40 bridge projects out of 100 active blockchains.

We can divide them into 4 categories, based on their purpose:

Before delving into how a bridge works, let’s clarify a few computer science terms. Don’t worry, there are only three:

State in the blockchain is very important because it is what each node needs to know and have saved on its computer to verify transactions in a decentralised way.

Events, on the other hand, mostly concern smart contracts, which are a good example of software that requires certain conditions to occur through an Event in order to trigger the intended transactions.

From a technical point of view, a bridge requires several elements:

These elements can be found in the 3 main bridge solutions:

In this scenario, there is a group of validators that monitor a dedicated address on the source blockchain. Once a consensus is reached, it performs an action on the destination blockchain.

For example, a cryptocurrency transfer, which is usually performed by blocking the token in the source address and minting its equivalent on the target blockchain.

This is the model used by most bridges today, including those in the Ethereum ecosystem, but also Chainlink, Avalanche, Harmony, Thorchain and Binance.

To trigger events on other blockchains, those who monitor the source blockchain generate evidence of past events. They relay this cryptographic evidence to ‘light clients’, i.e. smart contracts on the target blockchain.

This method is quite secure, but very expensive because it requires developing smart contracts for each destination and executing them by spending gas.

The liquidity network way is not yet widely used. Some examples in our infographic are Connext and Liquality.

Which bridge offers the best interoperability?

These three models are not compartmentalised, and hybrid solutions do exist. Identifying them, however, allows us to understand the strengths and weaknesses of each, to clarify the state of the art and the prospects for the development of bridges.

We can evaluate bridge models in terms of security, speed, connectivity (number of supported blockchains), capital efficiency (cost) and statefulness.

The most established blockchains that also have interoperability solutions are Ethereum, Polkadot and Cosmos.

Ethereum is different because it was not specifically created to be interoperable, but simply as programmable as possible. Because of its programmability, it made possible the development of the first Layer 2 blockchains, focused on scalability and interoperability. In the picture we see them in a clockwise direction: Polygon, Optimism, Arbitrum, starkware, zkSync.

Polkadot, on the other hand, was born with a cross-chain perspective, already including bridges in its whitepaper. Polkadot is an ecosystem of different blockchains, each built for diverse purposes and applications, that are able to communicate and interact easily.

Cosmos is similar to Polkadot, but with the Stargate update, it has implemented the already mentioned Inter-Blockchain Communication (IBC) protocol. If all blockchains built with Cosmos code upgrade to Stargate, they will be able to increase their level of interoperability not only within the Cosmos ecosystem, but also with Bitcoin or Ethereum. 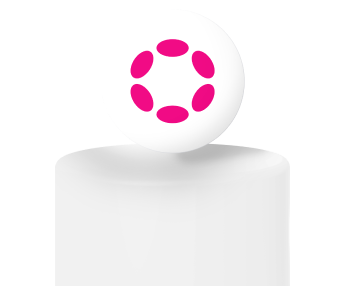