The Dash Coin Will Take Crypto to Web 3.0

In January 2014, Evan Duffield and Kyle Hagan created XCoin, which first changed its name to DarkCoin and eventually became the Dash coin, an abbreviation for Digital Cash.
From the very beginning, the intent of the two developers was to offer a cryptocurrency and a blockchain that could provide private and faster payments than Bitcoin.

How the Dash Network works

The Dash network is decentralised and maintained by a two-level consensus system:

Ordinary transactions on the blockchain are verified by miners who receive new Dash as a reward, just like Bitcoin mining.

Masternodes, on the other hand, are high-level nodes with more responsibility. Masternodes have the task of facilitating the operation of the InstantSend and PrivateSend services (explained below) and preventing 51% attacks. For this, they receive 45% of newly created coins and are the only ones allowed to vote on project development proposals. As a guarantee of their good intentions towards the project and the community, to become a Masternode, users deposit 1000 Dash coins in a wallet. If a Masternode moves this share for any reason, he/she can no longer exercise his/her function.

The Masternode, as a node type and role in the network, was first introduced by Dash.

Dash is governed by the Dash Network, a decentralised autonomous organisation (DAO). The main bodies funded by the DAO are the Dash Core Group (DCG), a company dedicated to the technical development of the Dash network, the Dash Newsroom in charge of marketing and communication, and the Dash Investment Foundation.

Dash is completely community-driven. Anyone can submit a proposal for the project by paying a small anti-spam fee. However, only Masternodes can decide whether or not to accept it, by reaching consensus. The same voting model is used to approve any expenditure coming out of the DAO’s budget fund.

The Economic Model of the Dash coin

Dash Network applies a budget system that allows it to grow autonomously. The basis of this system is the economic model adopted for the management of the Dash coin.

Dash is in fact based on disinflation, which means that the rate of creation of new Dash decreases by about 7% per year. The new Dash cryptocurrency created not only pays Miner and Masternode, but 10% goes to the community fund that finances development, marketing and everything else that keeps the project going.

InstantSend and PrivateSend are two Dash sending options that can be selected on the Dash Wallet. These transfer modes are managed by a dedicated network consisting of Masternodes.

InstantSend allows a transaction confirmation time of 1 second, with a fee of 0.01 DASH. When a user selects the InstantSend option from their Dash Wallet, the network chooses 10 random Masternodes to confirm the transaction, and one second later the DASHs are visible on the recipient’s wallet.

PrivateSend, on the other hand, is for those who are particularly concerned about privacy. Although your first and last name will never appear on Dash’s blockchain, each wallet has its own identifying address. This sending option, also managed by the Masternode network, allows you to hide your wallet address from the transaction published on the blockchain. To do this, Masternodes take the Dash to be sent, separate them into round denominations (0.1 DASH, 10 DASH etc) and mix them in several rounds with other Dash of other people who are using PrivateSend. The correct Dash are then distributed to the final addresses without a hitch.

Dash Text allows Dash to be sent and received via SMS and is also available on low-end phones. The feature is also compatible with Telegram and has been adopted by the messaging app Adamant. Dash Text is especially popular in Spain, Venezuela, Colombia and the United States.

What stands in the way of the Dash coin?

Misunderstandings with the SEC

The first difficulty encountered by the project was that the SEC investigated Dash during 2019 to determine if it was a security, in which case the legal and bureaucratic process would have significantly slowed Dash down. DCG CEO Ryan Taylor has been in direct contact with the SEC to clarify and demonstrate that Dash is not and never has been a security. After this episode there were no further investigations. However, another factor has created difficulties in Dash’s path.

The second name DarkCoin, naively attributed, together with the PrivateSend functionality, have often led exchanges and the media to associate Dash with cryptocurrencies such as Monero and Zcash, which are viewed as highly suspicious because they are totally private.

Dash, however, is not inherently private. In fact, PrivateSend is only a payment option, a mere functionality, as is CashShuffle for Bitcoin.

Furthermore, this functionality is hardly used (0.7 per cent of transactions) and Dash is not supported in Dark Web shops, nor does it appear among the crypto used for criminal acts, according to a report by 1000x Group.

Competitors in the field of instant payments are another challenge for Dash, which despite offering one-second payments, can only process 56 transactions per second, compared to Visa’s 1,700.

Dash, like all projects, does have its weaknesses, but it has another ace up its sleeve that will bring major innovations in the coming months.

In 2015, Dash Network announced that work on “Evolution” had begun. Evolution is now called Dash Platform, promising to be a decentralised cloud for smart contract and app development, bringing all Web 3.0 services to the blockchain.

Dash Platform envisages a second blockchain alongside the first, on which four main components will be based:

Dash shows great potential: its governance and budgeting system makes it the first successful DAO case. The launch of Dash Platform will also enhance the InstantSend and PrivateSend functionalities, and is set to be a major step forward in facilitating access to and use of blockchain applications in everyday life.

With this aim, the very simple and intuitive Dash Wallet app is already available, with which DASH can be used to pay at physical shops in the US and Venezuela. 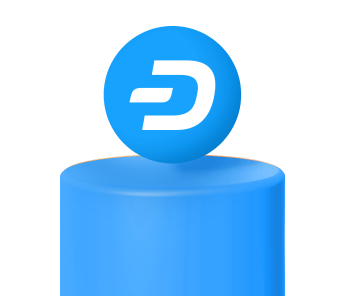