Technological development has brought new consensus mechanisms to the blockchain, and Proof-of-Stake is now widely used as an alternative to Proof-of-Work.

How consensus works in a blockchain

Blockchain technology is a distributed, immutable, transparent, secure transaction ledger that does not require trust from any participant. Its decentralisation stems from the fact that any person can become an active contributor to the development, maintenance and security of this huge ledger.

All these features are possible thanks to a consensus mechanism, i.e. an algorithm that allows all the components of the entire network to agree on the information to be recorded on the blockchain itself. The consensus mechanism is extremely important because even if individuals do not know each other directly, they can rely on the functioning of the infrastructure itself, when normally in a centralised system they would need either intermediaries or a guarantee to exchange value.

The consensus mechanism of a blockchain is encoded into the protocol, and determines the specific processes by which consensus is achieved on that particular network. The processes and mechanics then determine the speed, level of decentralisation, security and scalability of the specific solution.

This is why there are so many different variants of Proof-of-Stake, but we will deal with the most common model that most blockchains refer to.

The birth of Proof-of-Stake

Proof-of-Stake (PoS) was born as an alternative to the much older Proof-of-Work (PoW) with a focus on energy efficiency, as it does not require hardware and computational power to validate transactions and generate new blocks.

The concept was proposed and imagined in July 2011 on the famous BitcoinTalk forum, so much so that it also caught the interest of Vitalik Buterin and the developers of Ethereum. Initially, although fascinating, the idea of a Proof-of-Stake seemed almost impossible to realise as it was extremely complex due to the still immature technology. The launch of Ethereum in fact took place using the PoW and only in the following years was this newly proposed mechanism actually developed and successfully implemented (by other blockchains). The first technical whitepaper outlining a real Proof-of-Stake solution was published the following year by Sunny King and Scott Nadal.

The proposal on the forum aimed to solve several potential problems:

The core of the whole protocol would be token staking, i.e. users wishing to become validators would have to deposit and bind their tokens in special smart contracts.

The protagonists of this mechanism are not the miners, but the validators. They do not use hardware with high computing power, but simply a network node and tokens that they block as collateral.

When aspiring validators stake their tokens, they send them to a specific address and, with the help of a smart contract, they are ”frozen”.

One of the problems that could potentially plague any blockchain is the famous 51% attack.

When a group of miners or validators manages to gain control of the majority of the network of a blockchain with the aim of controlling the recording of transactions and their value.

This problem can theoretically occur also in PoS blockchains, although it is less likely. To manipulate transaction validation, unlike PoW it is not necessary to have 51% of the computational power but 51% of all tokens in circulation.

To avoid this situation, incentives are provided for everyone to behave as correctly and legitimately as possible. In fact, if someone tried to generate invalid blocks, they would immediately lose the entire amount staked through so-called slashing.

In most cases, the tokens would be burnt, i.e. they would end up in a special wallet of which nobody has the private key, in other words, they would be unusable forever.
The whole system of incentives in favour of network security has been conceived and designed with game theory in mind, so that it is more convenient to comply with the rules than to try to circumvent them. This feature is not specific to PoS-based blockchains, but slashing is only effective where the concept of staking exists.

Over time, the developers of various projects have tried to adapt the PoS mechanism to the needs of their blockchain, mostly with the aim of making the consensus more scalable and more decentralised. Thus, a number of variants with unique features were created:

Proof-of-Stake is proposed as one of the solutions to the energy consumption of mining, but in practice it offers further tangible advantages in consensus management on blockchains, due to its greater adaptability to the specific needs and characteristics of individual projects. 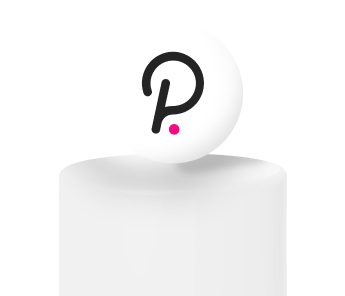