Charlie Lee is a computer scientist and the creator of Litecoin, the cryptocurrency that turned ten years old on 12 October 2021. It is the second most supported virtual currency in ATMs around the world, also known as “digital silver”.

Charlie Lee modelled its code on that of Bitcoin, but made changes that would make Litecoin an alternative, rather than a competitor, to Satoshi Nakamoto’s creation.

About Charlie Lee: childhood and studies

Charlie Lee was born in Ivory Coast, West Africa, on 13 April 1975. After turning thirteen, he moved with his family to the United States, specifically to New Jersey. It was here that he graduated from high school in 1995, before moving to Massachusetts to attend MIT, one of the world’s leading research universities.

He graduated in 2000 with a degree in Computer Science and immediately started working for large companies in the sector. The first was Kana Communications, where Charlie Lee worked as a software engineer for about seven years. The Ivorian computer scientist then obtained a contract with Google. For the company, he worked on projects such as YouTube Mobile and Chrome OS.

The invention of Litecoin

The real turning point in Charlie Lee’s career came in 2011, when he discovered Bitcoin. Blockchain technology fascinated him so much that he experimented in his spare time while still employed at Google.

Charlie Lee decided to create a cryptocurrency whose code resembled that of Bitcoin. Before writing it, however, he observed how altcoins based on Bitcoin’s code behaved, such as Namecoin, Ixcoin, Iocoin, Solidcoin, Tenebrix: now failed coins.

He, therefore, chose to replicate the more efficient technical features of the new altcoins – such as the speed and ease of mining – but paid attention to the reward system. Above all, he avoided premine, i.e. the creation of blocks and coins before the official release of the project, a practice often employed by cryptocurrency creators in order to get the first cryptocurrencies at the lowest price, depriving the rest of the world of a slice of the coin supply.

He actually mined 150 coins before releasing Litecoin to the public, however, this is an insignificant number compared to the total planned supply of 84 million, and compared to the numbers that pre-mines usually go up to.

This ethical choice proved successful in the long run. In fact, Lee said, “That’s why Litecoin has succeeded where others have failed.”

So Charlie Lee worked on the code for a few days, a task that was not particularly difficult for him. The most complicated part was creating the genesis block, i.e. block 0 of the blockchain. Satoshi Nakamoto had never revealed how he created Bitcoin’s, so the Ivorian resorted to reverse engineering to find the code.

This is how Charlie Lee’s digital currency was created and launched in 2011. The name is designed to suggest that it is the light version of Bitcoin: faster, cheaper and easier to use. If Bitcoin is the gold of cryptocurrencies, Litecoin is the silver. In fact, it stands, rather than as a competitor, as an alternative to Satoshi Nakamoto’s giant.

Two years after the release of Litecoin, Charlie Lee left Google and started working for the start-up Coinbase, now one of the most famous American companies in the field of cryptocurrencies, especially after its NASDAQ listing. He hoped that sooner or later the company would support Litecoin, while the virtual currency grew in popularity.

That same year, Litecoin was listed on the Bitfinex exchange: a big event for the silver currency, which simultaneously exploded in China. Meanwhile, Charlie Lee left the development helm to Warren Togami, founder of the Fedora Project, to focus on directing the project.

It was in 2017, however, that Litecoin was listed on Bitstamp and later on BitPay: achievements that boosted the virtual currency’s popularity. As a result, Charlie Lee decided to quit his job at Coinbase and devote himself full-time to his digital currency.

Just one year later, however, rumours circulated that the creator of Litecoin wanted to give up running the project. The speculations were confirmed, but Charlie Lee’s goal was only to decentralise its development.

Litecoin in October 2021 celebrated ten years of activity, during which time, according to Charlie Lee, the currency has lived up to the intentions with which it was created. That is, it has remained without a central authority and ownership of the circulating coins is equally distributed.

Charlie Lee is certain that his currency will outlive him and wishes it a new decade of “wild ride”.

Today, in addition to being supported on any exchange, Litecoin has been accepted as a means of payment by Paypal.

Meanwhile, given the speed with which blockchain technology is evolving, Charlie Lee announced the progress Litecoin intends to make. There are plans to migrate to the Mimblewimble protocol, which actually improves the privacy and scalability of the coin, which will be completed by the end of 2021.

Charlie Lee has thus succeeded in creating a cryptocurrency that can satisfy a large share of the market, acting as an alternative to the giant Bitcoin. By sticking to the solid principles behind the idea of Litecoin – promoting its adoption rather than profiting from it – LTC has ensured its users a fair, simple and light currency. 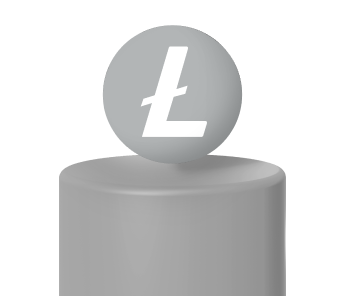