Algorithmic stablecoins: the race for stable and decentralised cryptos

Stablecoins are a possible solution to cryptocurrency volatility: they exist in various forms, including with algorithmic designs. Unlike ‘classic’ stablecoins, the price of algorithmic stablecoins is stable even without collateral reserves.

Stablecoins: what are they?

Stablecoins are cryptocurrencies whose purpose is to have a stable, ‘pegged’ price and thus similar to that of fiat currencies.

These cryptocurrencies were created with the aim of solving the problem of the volatility of cryptocurrencies, so as to make them not only a unit of account, but also a widespread medium of exchange and a store of value, thus reflecting all the requirements of a fully-fledged currency.

There are stablecoins that are collateralised by fiat currencies or even cryptocurrencies, i.e. based on reserves of currencies in a 1:1 ratio with the tokens issued, thus securing, when effective, the value of each unit of the stablecoin.

Centralised stablecoins, such as USDC and USDT, are collateralised by traditional assets, such as fiat currencies. However, the transparency of the reserves, i.e. the possibility to know their composition, has not always been absolute. Moreover, the assets that make up these reserves are not 100% liquid cash, which would ensure a true 1:1 correspondence between tokens and fiat units. In fact, bonds and other securities are often also held as reserves, assets that are inherently less liquid than cash. Finally, centralised stablecoins are directly dependent on centralised systems, i.e. banks and governments, which control the fiat currencies and other assets that make up the reserves.

Decentralised stablecoins, on the other hand, are collateralised almost exclusively by cryptocurrencies, such as Bitcoin and Ethereum. These stablecoins, although volatile, are liquid and transparent, as they are easily exchanged and verified by the blockchain’s immutable ledger. DAI is the most common example for this type of stablecoin.

Finally, there is also a third type of stablecoin, algorithmic stablecoins: let’s discover their characteristics in a general sense and analyse the unfortunately unsuccessful example of TerraUSD (UST) to understand the difficulty of creating a code guaranteeing ‘stability’.

Algorithmic stablecoins are not backed by any reserves: their peg is in fact maintained solely by an algorithm.

This code manages the supply and demand of the currency in order to keep the price pegged to the reference currency, usually the US dollar.

Usually in order to achieve this peg, and thus preserve the price, the algorithm causes more stablecoins to be issued when the corresponding price increases excessively, buying them back instead when the price falls below the unit value ($1, usually).

This mechanism is similar to seigniorage, the practice of central banks creating or destroying currency to regulate its supply or value: in practice, algorithms influence the price of stablecoin by managing its scarcity. Moreover, because they are pure code and rules, the functioning of these currencies can be modified according to community proposals, through decentralised governance, putting seigniorage in the hands of all those who use the currency and not the banks.

Such an algorithm seems to be the perfect solution to decentralise a stablecoin and make it independent of underlying reserves or volatility. Events have also shown that further study and testing will be required to create truly invulnerable mechanisms. The stablecoin of the Terra project (TerraUSD, UST) failed in its quest for stability, despite being among the most capitalised projects on the crypto market.

In short, the price of UST was influenced by the supply of its ‘sister’ cryptocurrency LUNA: when the stablecoin exceeded the price of $1, the protocol would convert $1 of LUNA into 1 UST, so as to increase the availability of the stablecoin and thus decrease its value. What matters most to us, however, is the opposite case: when the price of the stablecoin fell below the dollar threshold, the algorithm would sell 1 UST for 1$ of LUNA, in order to create scarcity and recover the value of $1.

This, however, triggered a crisis in May 2022. UST lost its peg to the dollar and the ‘depeg‘ caused a terrible chain reaction. The algorithm, trying to support the price of UST, dramatically increased the supply of LUNA causing its price to collapse. The algorithm also failed to recover the dollar peg of the stablecoin, which in turn lost value.

This crisis reminds us that Decentralised Finance (DeFi) is a nascent field and therefore is still developing technological reality: science advances thanks to mistakes, and making mistakes is allowed if it leads to success. Indeed, research has not been abandoned in the face of this defeat and new projects are now being outlined and developed.

The future and challenges of algorithmic stablecoins

The failure of the Terra ecosystem caused many losses in the world of crypto: the collapse of the price of the UST stablecoin and the LUNA cryptocurrency wiped out the value of immense amounts of capital, as well as drained the liquidity of other directly or indirectly related projects (e.g. Celsius, Three Arrows Capital).

What was the real cause of the disaster? There is no single culprit: we should rather ask ‘what’ went wrong and not ‘who’ was responsible (with whom many have associated the name of Do Kwon, the creator of Terra-LUNA). Thus, after the storm subsided and the damage was assessed, the detractors of cryptocurrencies aired their doubts. Blockchain and algorithms would, in their opinion, be inadequate to create a stable economy. Although, as we have said, there is still plenty of room for improvement in the mechanisms of cryptocurrencies and stablecoins. The origin of the chaos revolving TerraUSD there would be another concept: collateralisation, i.e. the aforementioned use of stores of value to support the price of a currency.

Algorithmic stablecoins are not supposed to have collateral: they create and destroy coins to keep their price stable (pegged to the dollar). So was it collateralisation that ruined UST? According to this article, it would seem so: the cryptocurrency LUNA would have acted as ‘endogenous collateral’, because it was created by the Terra project itself, whose price collapse triggered the so-called ‘death spiral‘. In a nutshell, TerraUSD would have failed because its scarcity was not purely algorithmic, but dependent on LUNA’s volatility, as events proved.

Thus, the real reason for the collapse was the design of the collateralisation, not the algorithm itself, nor the blockchain technology in a more general sense; this is the key aspect that legislators should consider in order to prevent similar cases in the future. Banning blockchain and algorithms altogether is not the solution, as it would mean preventing technological evolution.

The innovations of Web 3 and DeFi must be embraced, understood, but above all guided by appropriate laws. In general. stablecoins should comply with collateralisation requirements, according to liquidity parameters for instance, and their reserves should be transparent and subject to regular checks (audits). Algorithmic stablecoins, on the other hand, would have to substitute collateral with equally valid mechanisms, among other things eliminating the need to trust collateral reserves, thanks to the impartiality of the codes.

These guidelines would give further impetus to the cryptoeconomy by stimulating mass adoption: participants in the decentralised cryptocurrency economy would finally be reassured by clear rules and protected from the recurrence of similar crises. 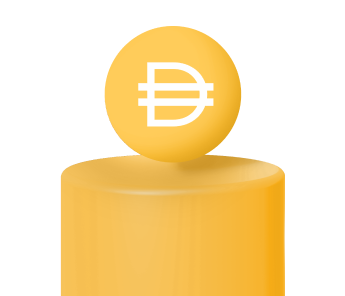