Polygon and Matic: an ecosystem for scalability on Ethereum

November 3, 2021
8 min
Intermediate
You will learn

Polygon is a project that provides the technology needed to develop scalable projects of all kinds. It is an Ethereum-based blockchain and its native token is MATIC.

How Polygon was born

Polygon was born as Matic in 2017, founded by 3 members of the Indian crypto community. Their goal even then was to solve the problem of Ethereum’s scalability. In fact, the problem had already arisen in 2017 due to the numerous ICOs launched on Ethereum and the popularisation of CryptoKitties, an NFT-based game.

The MATIC token was then launched with an IEO on the Binance exchange in 2019.

In 2020, the network and its token were ready, just in time for the DeFi boom and the second explosion in the Gas cost on Ethereum due to the adoption of Yield Farming on DeFi protocols.

In response to the competition thus formed in the field of scaling solutions, in February 2021 Matic changed its name to “Polygon” and expanded its scope. It is now no longer just an Ethereum Layer 2 blockchain, but a full-fledged framework for developing dapps and scalability infrastructures. A “Swiss army knife” for creating the so-called “Internet of Blockchains”.

What is the scalability issue all about?

Scalability in general is the ability of a system, such as a company, to adapt to increased demand by increasing its supply.

The scalability of a blockchain, in particular, is the ability to flexibly handle any kind of increase in transactions without compromising service. Good scalability ensures maximum speed in transaction execution even during traffic peaks at constant prices.

Over the years, traffic on the Ethereum network has increased exponentially, which has pushed up the cost of Gas, i.e. the price for executing Smart Contracts.

One of the reasons for this lag is the consensus method adopted by Ethereum, proof-of-work, which is inherently unscalable, but very secure.

According to the blockchain trilemma, in fact, increasing speed usually implies sacrificing decentralisation or security.

Poor scalability caused the 2017 and 2020 episodes where Ethereum saw total network congestion that made it impossible to execute transactions in the normal timeframe (a few minutes) and sent network fees skyrocketing.

the price required to successfully conduct a transaction or execute a smart contract on the Ethereum blockchain. It’s a bit like paying for gas to be able to take a roadtrip.

A lot of projects on Ethereum were born with the mission to improve its scalability and efficiency, but before Polygon there was no framework to develop these solutions on Ethereum that could interact.

The Polygon solution and structure

In the field of software development, a framework is an application that provides all the tools to create a certain type of application. It is a sort of code skeleton that can be integrated with specific features and functionality to obtain a new application.

Polygon does the same for dapps and blockchains: it provides the infrastructure and code base to easily create scalable and Ethereum-compatible dapps or blockchains.

With a view to establishing an Internet of Blockchains, Polygon also provides an interoperability protocol that allows all its networks to communicate with each other and with Ethereum.

In particular, the technological solutions it adopts and offers are 4:

This layer is suitable for projects that require a high level of security.

This layer may be suitable for a project that requires very low transaction fees and can accept a medium level of security, such as a marketplace for NFTs.

For example, a blockchain-based video game can use it to build its own token and consensus mechanism.

The MATIC token: what is it for?

At the beginning of the article, we talked about the history of Polygon and mentioned the MATIC token. In this broad and rich structure, what role does this cryptocurrency play?

The fees required to execute transactions or smart contracts on the Polygon network are denominated and paid in MATIC, which serves as a “Gas” payment token. Even to develop dapps on Polygon, in fact, developers have to pay in MATIC for the use of the framework.

Secondly, MATIC is the token on which the validation and consensus mechanism of the PoS chain is based, it is therefore used as collateral by validators and can be staked in exchange for a reward. The Matic Wallet serves precisely this purpose, in addition to storing your MATICs.

By providing a solution to build scalable projects, Polygon enables any service developed on blockchain to be fast, efficient and therefore competitive, facilitating the growth and adoption of this technology.

Payments, decentralised lending protocols, DEXs, video games on blockchain and many other applications can become more user friendly and thus overcome one of the biggest obstacles preventing blockchain solutions from competing with traditional ones. 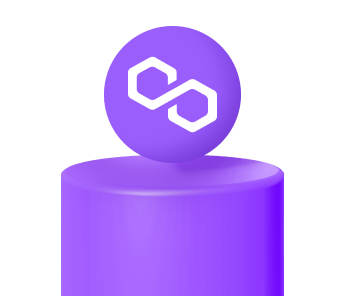